Alright, everyone—we got some expectation management to do.

As laid out in Intel Update #005, we’ve been struggling to get the new character rig (the skeleton) worked out and ready for the new animations and character assets, which were the core of upcoming update 1030.

So, earlier this month, we brought on board experienced freelance animator Mike Munk (a former Tripwire developer with Red Orchestra, Rising Storm and the Killing Floor series under his belt) to have a look at the new rig and help us make sure things were being done correctly and as future-proof as possible. The diagnosis wasn’t great: upon inspection, it was determined that getting the skeleton in shape—so that it won’t be a source of headaches down the road—would take several weeks; possibly a couple months.

Well, 1030 has been in the works for a long time now, and we don’t want to leave you all without a new major update for that much longer.

So we made a difficult decision which, in retrospect, seems kinda like a no-brainer: let’s release everything else. If it’s not dependent on the new skeleton, why not put it out there and give everyone some new stuff to start trying out? Postponing the animation and character work sucks and we’re beyond frustrated about being forced to delay the main attraction in the update, but as the old adage goes… it is what it is. Might as well make the best out of the situation, so that’s what we’re gonna do.

If we cut the animation and character work from 1030, you get a smaller update, yes, but you get it a lot earlier and have something to play with while we get the rest of the package sorted out. It also means less potential for new bugs, as well as getting older bugs (such as the VOIP randomly not working) fixed ahead of time.

Although we’ve been forced to push the new animations and character assets back, update 1030 will be far from underwhelming. Here’s where it currently stands (for detailed descriptions and media, see Intel Update #005):

Everything we’ve announced for 1030 that is not related to the character and animation rework will still be in the update:

All character and animation-related work will be pushed back to a later update:

We’ve also updated the Early Access roadmap to reflect these changes and other minor ones.

As previously shown, 3D artists Dan Conroy and Pau Peñalver have been working diligently on some new assets for GROUND BRANCH. Here is a little update on their progress: 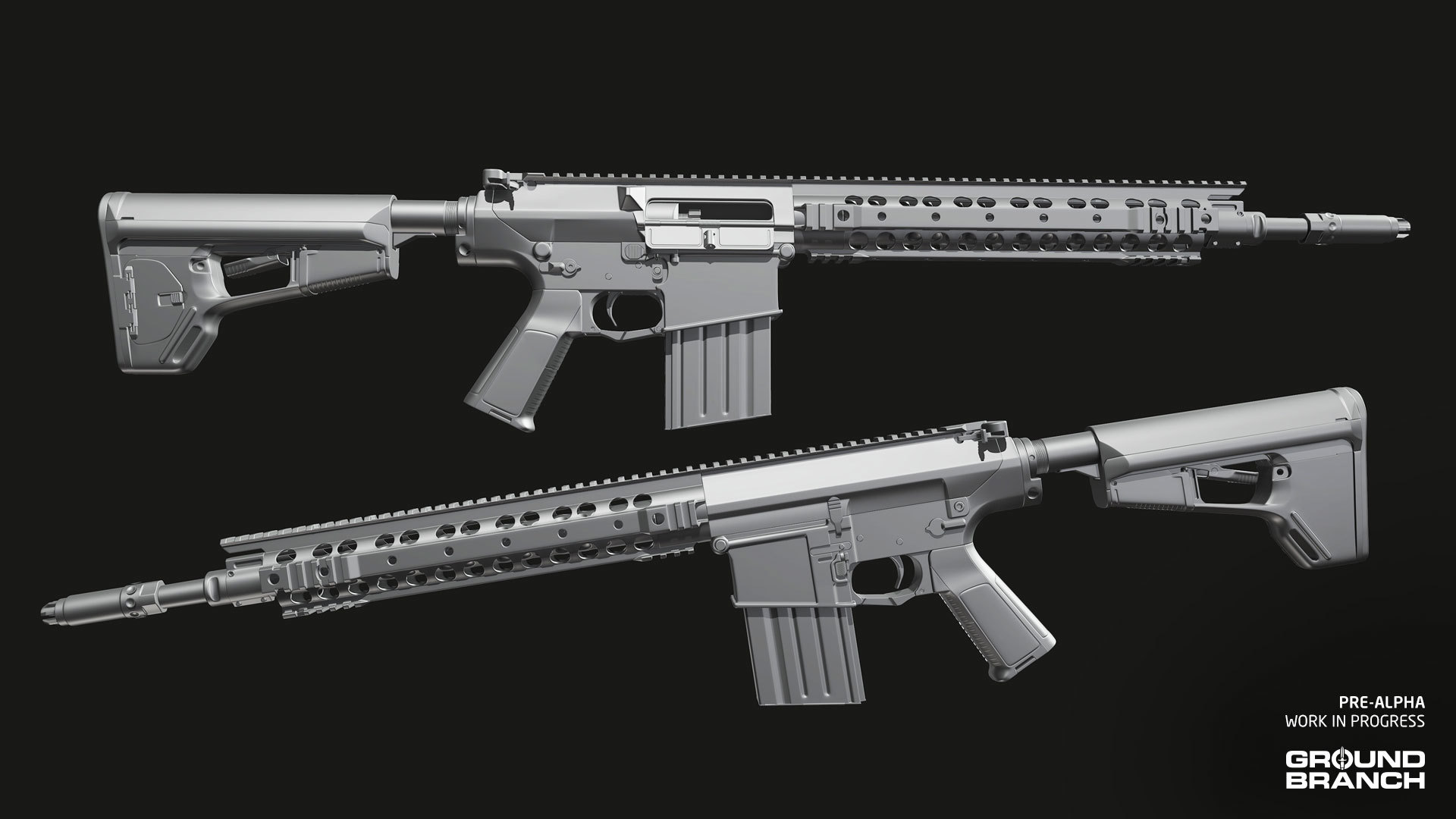 Mr. Conroy got the gas block, gas tube, dimpled barrel and flash hider/suppressor mount done for this upcoming battle rifle/DMR. It might not seem like a whole lot of progress, but that’s because he paused work on it for a while to work on the…

More info on this later, but expect night vision and, well, rangefinding capabilities. 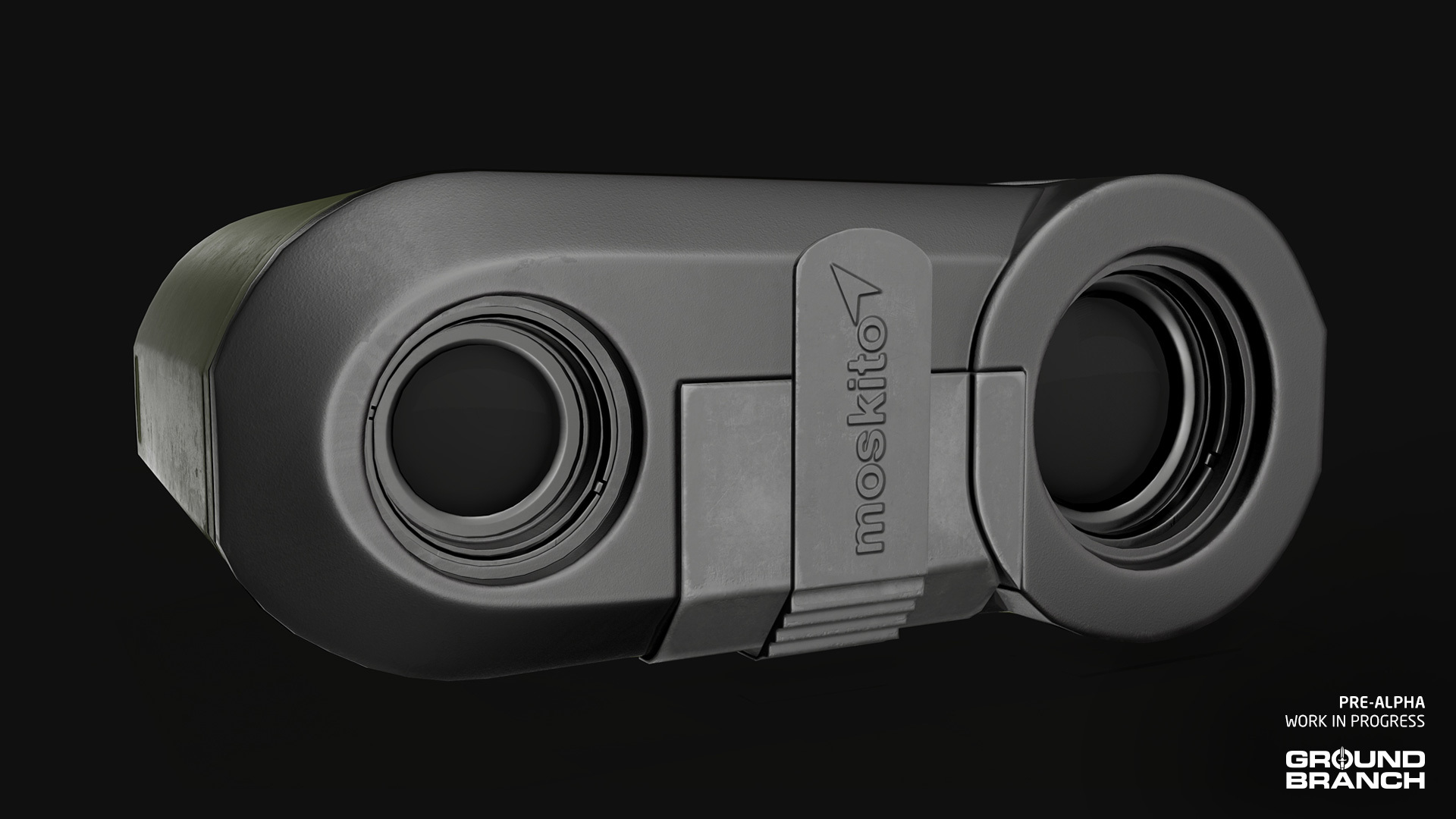 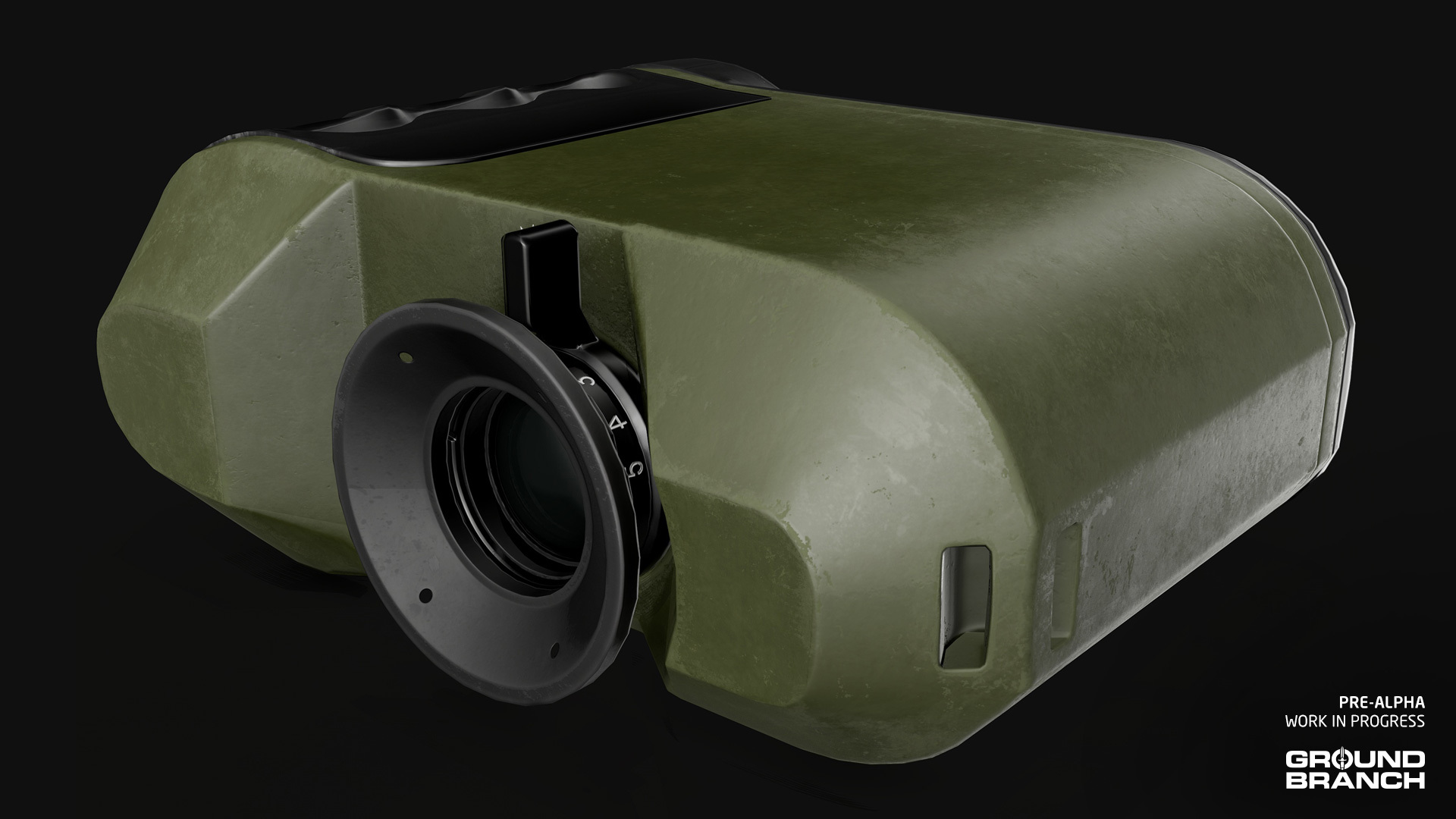 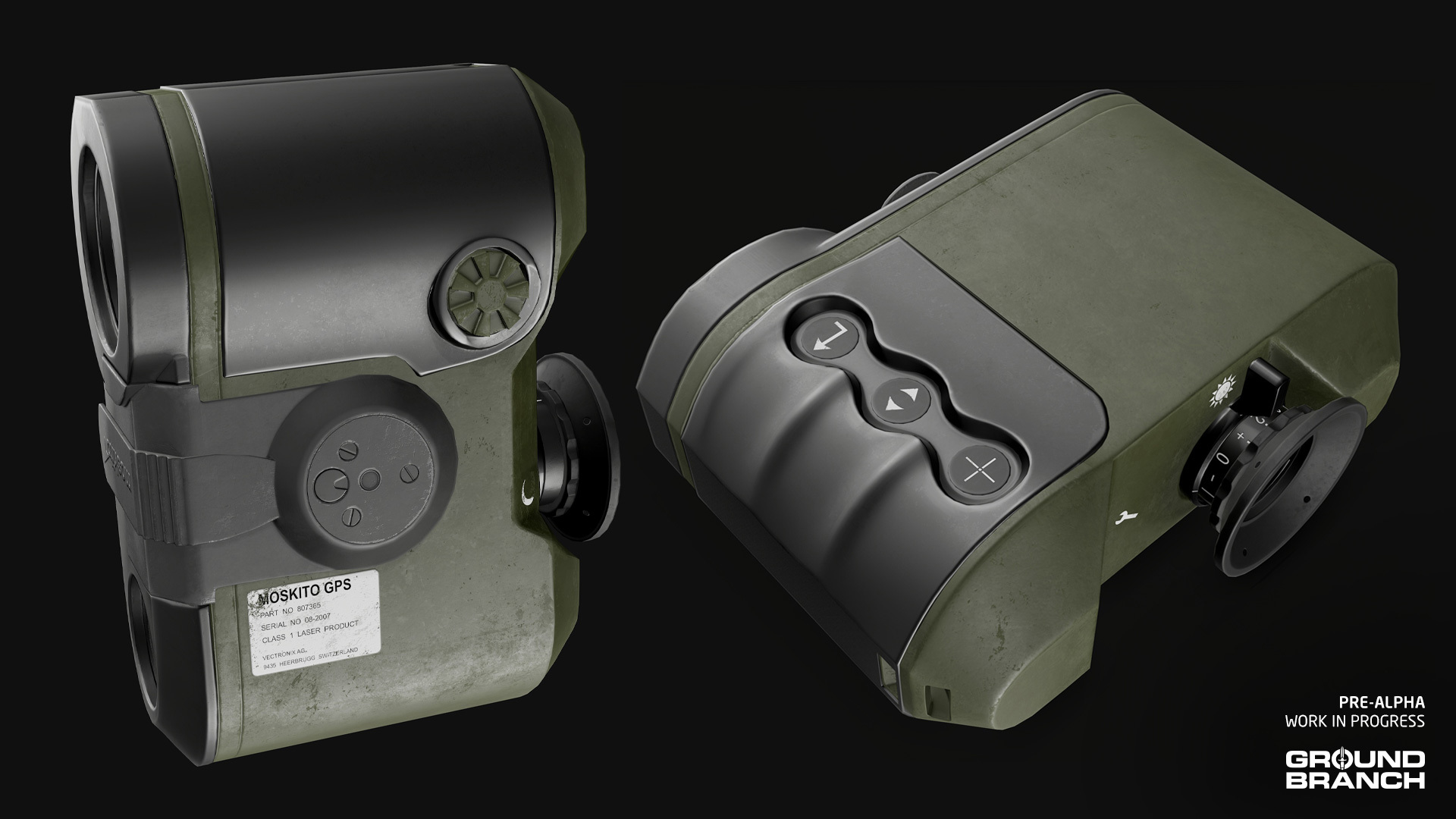 Pau has been working on more character assets. Here’s the new Battle Belt: 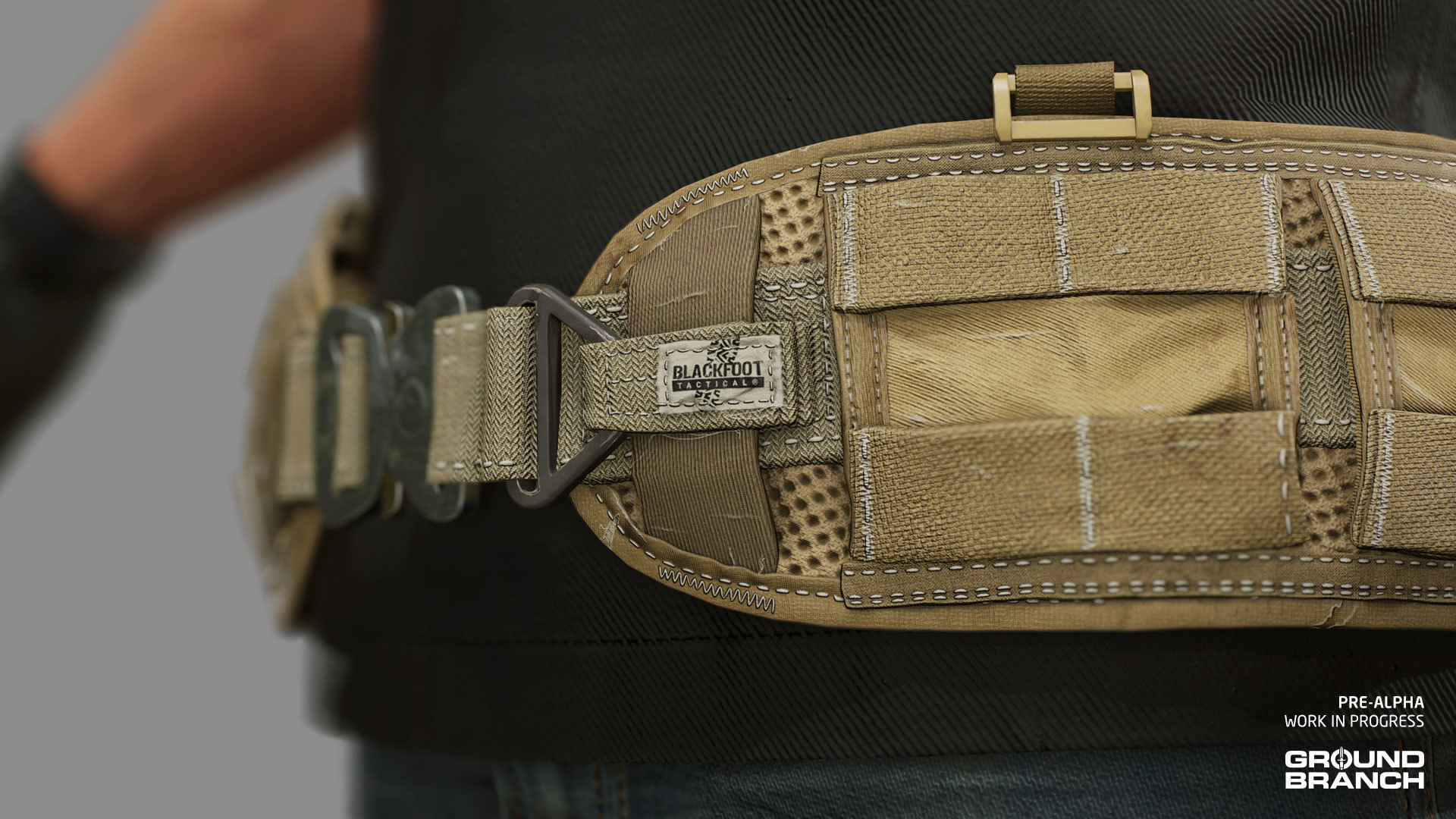 And here’s the upcoming Gun Belt (with the new, fully textured chest rigs in the back): 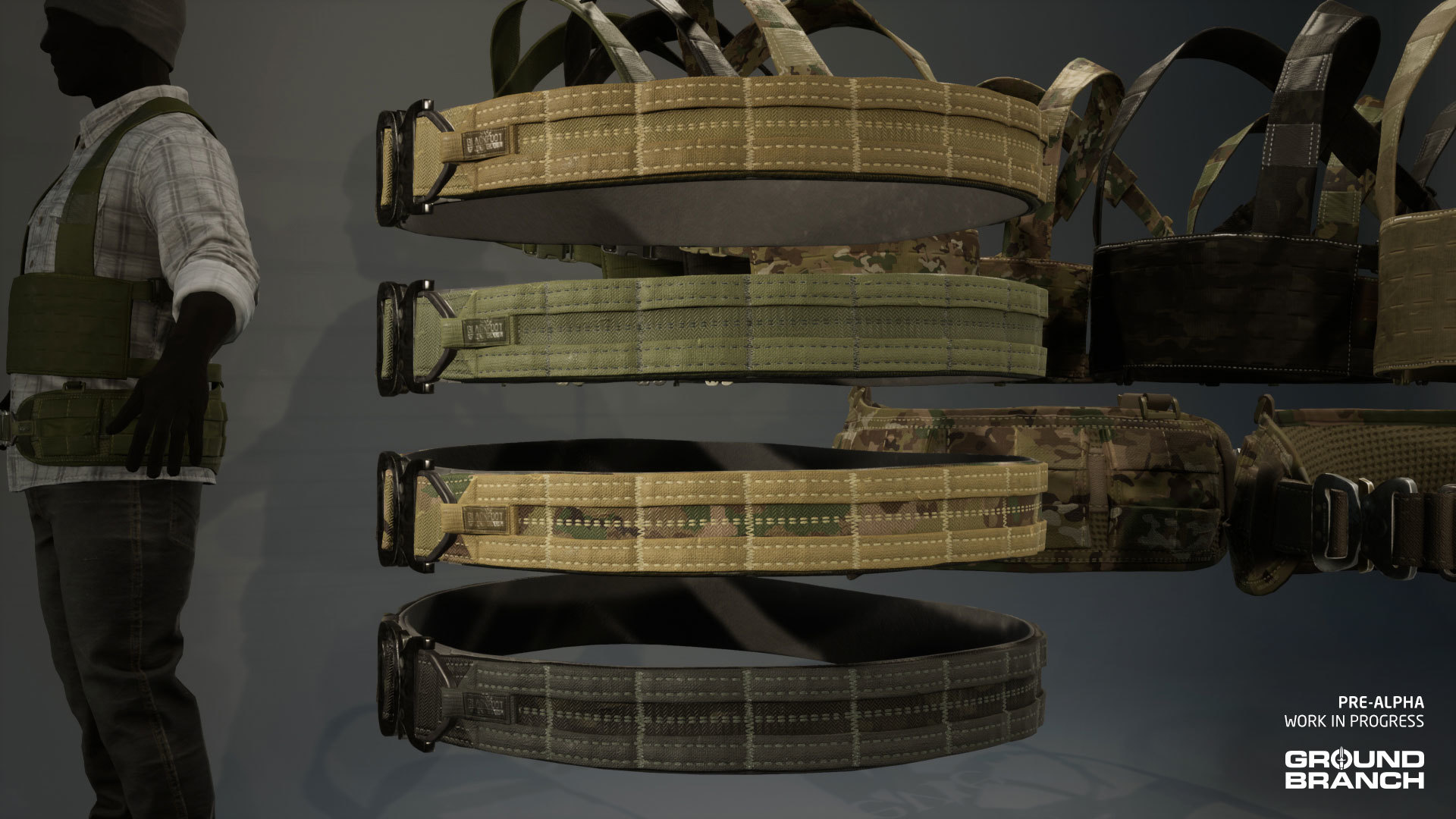 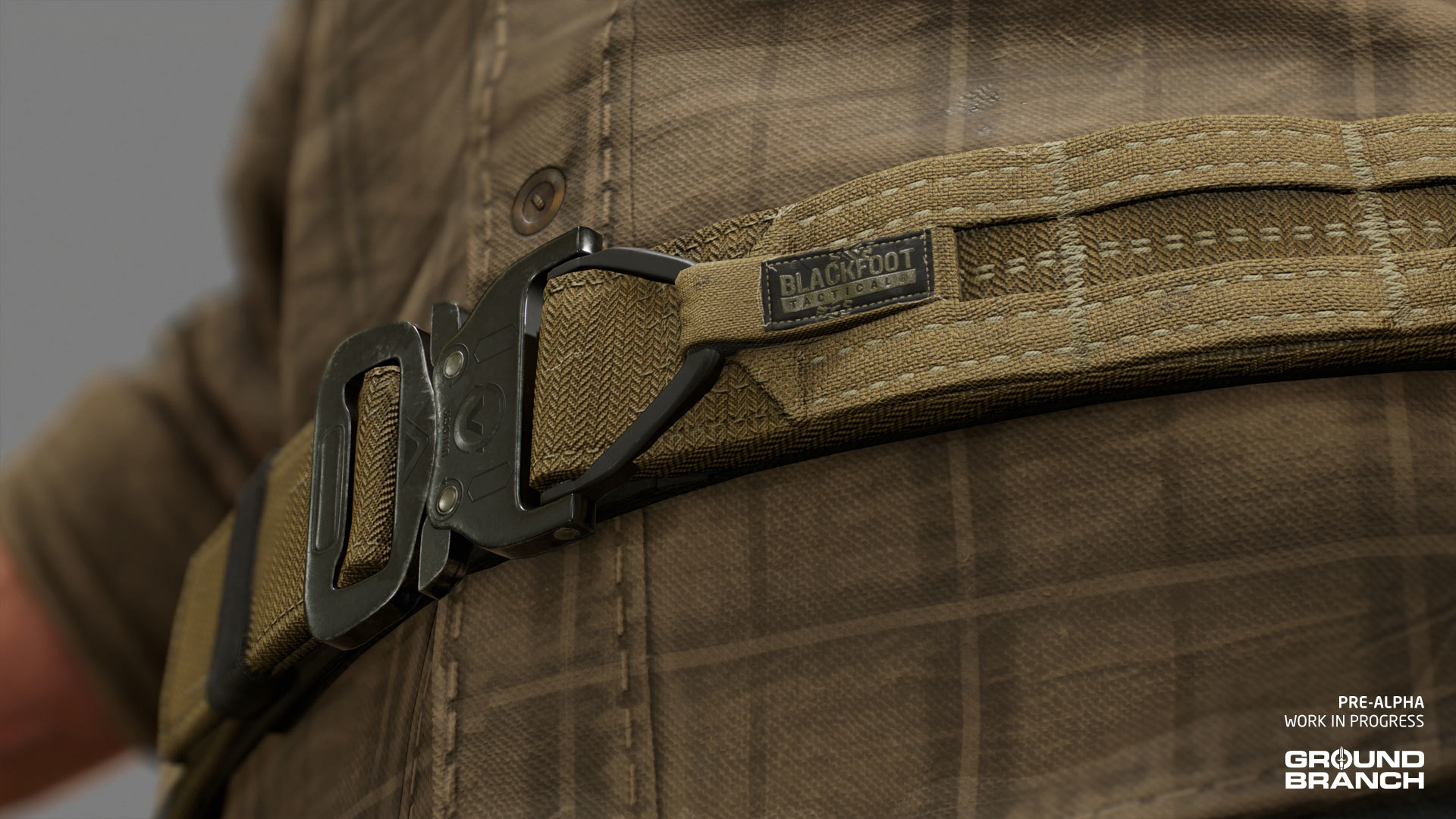 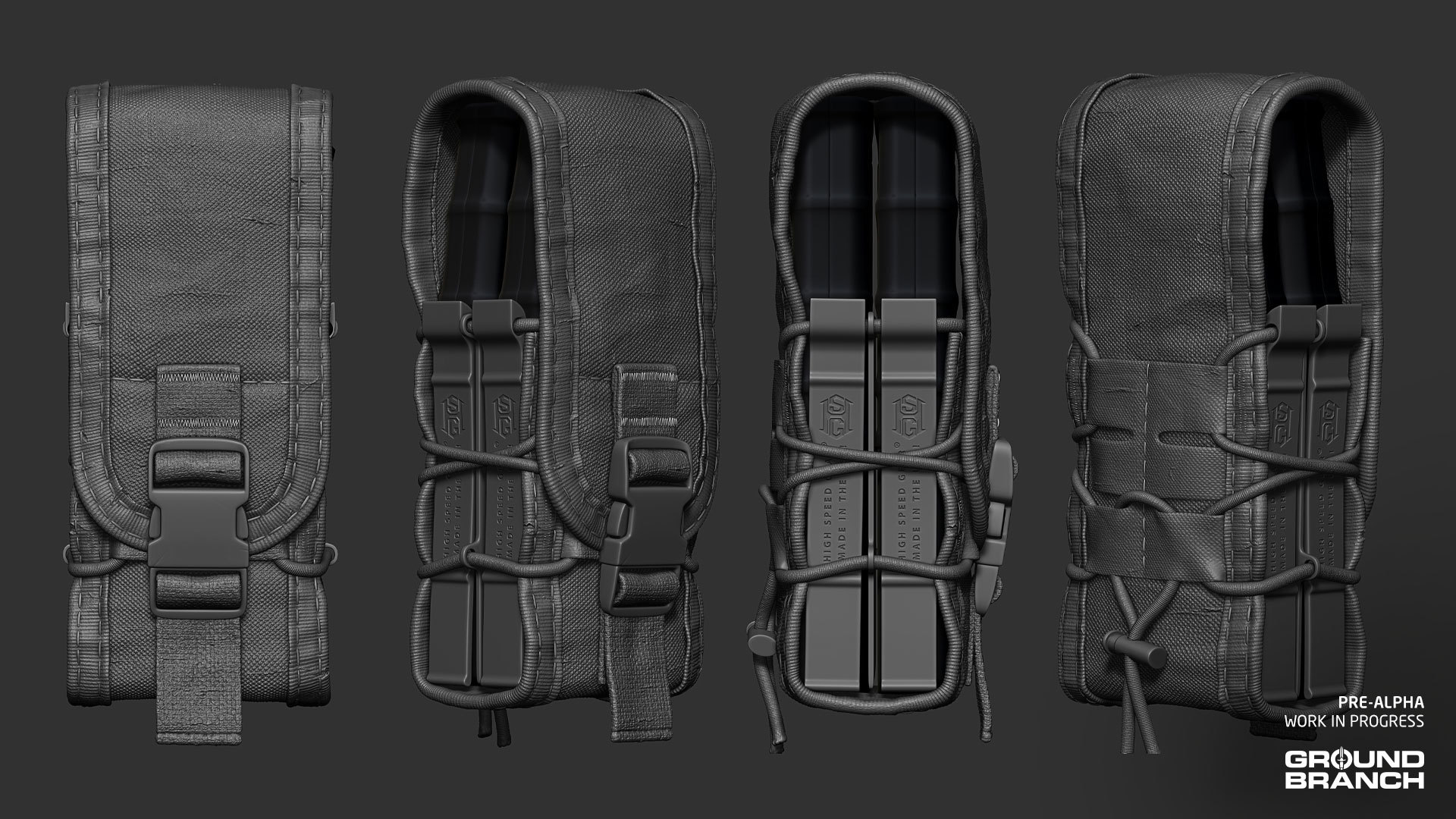 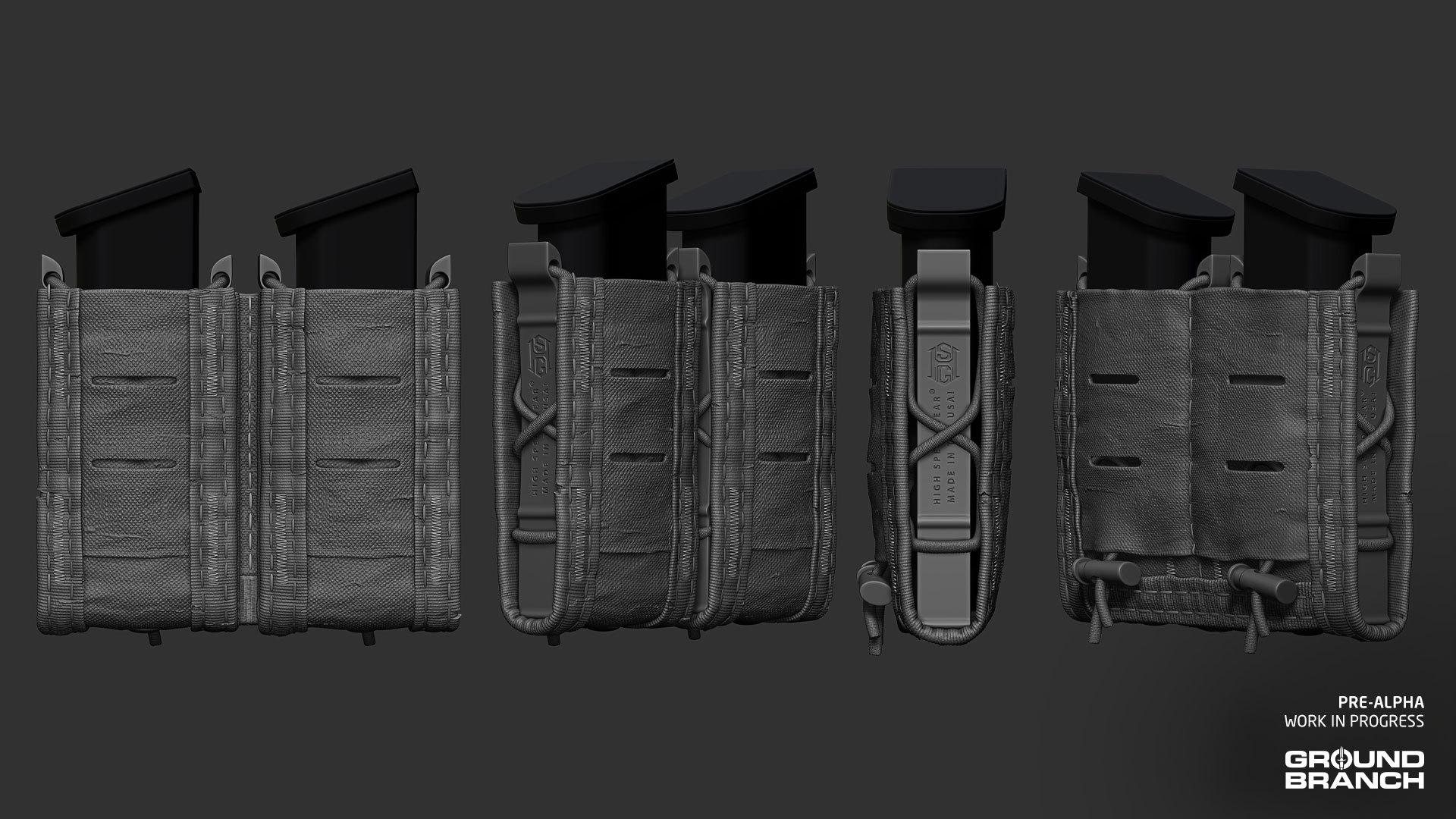 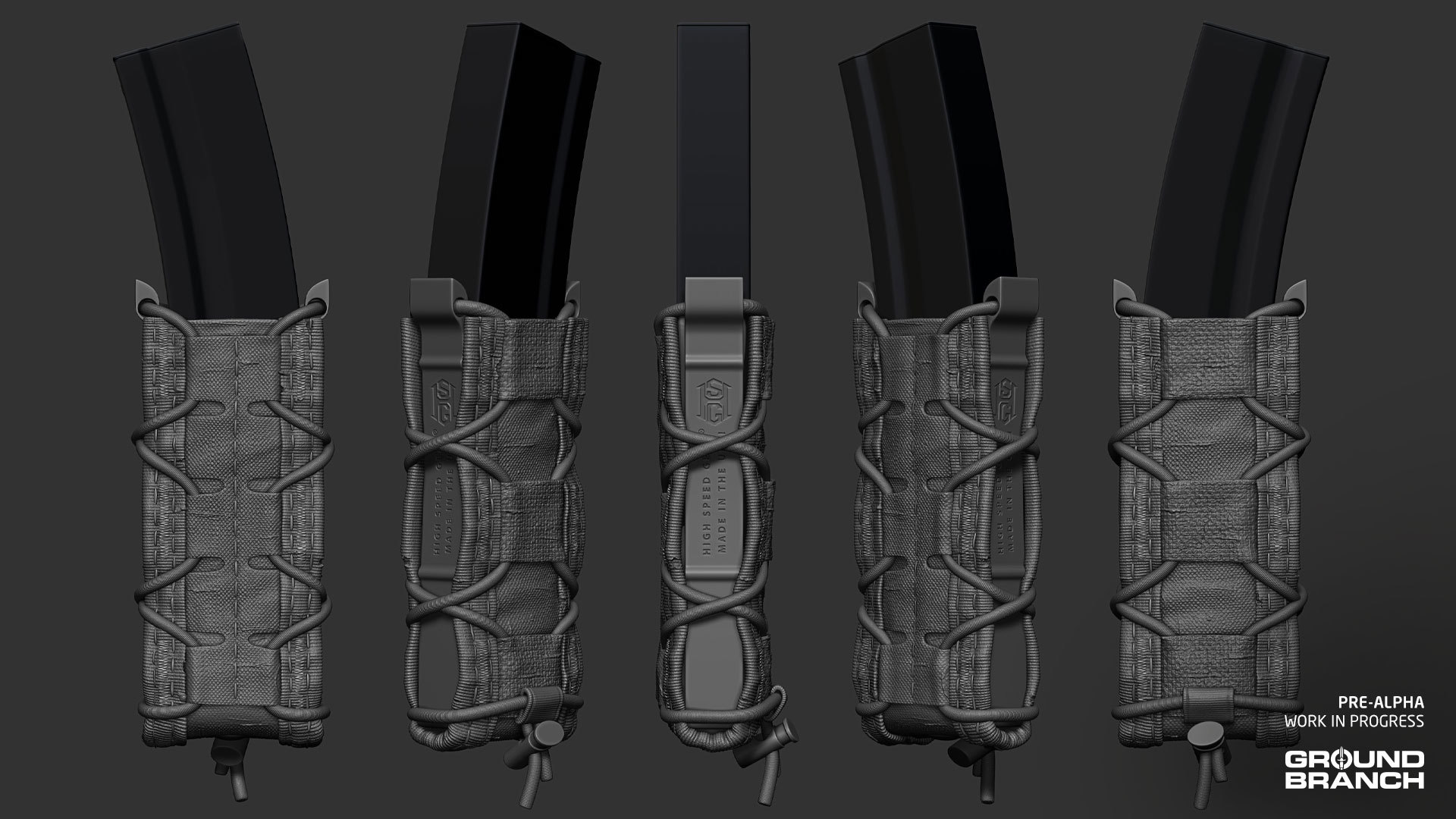 These weren’t easy news to break out, but we’re done.

We hope to have a working test build for 1030 (along with more news) soon. Rest assured we’ll keep you all posted and, as always: thank you so much for all your support and patience.

Hang in there, and we’ll see you on the next update!