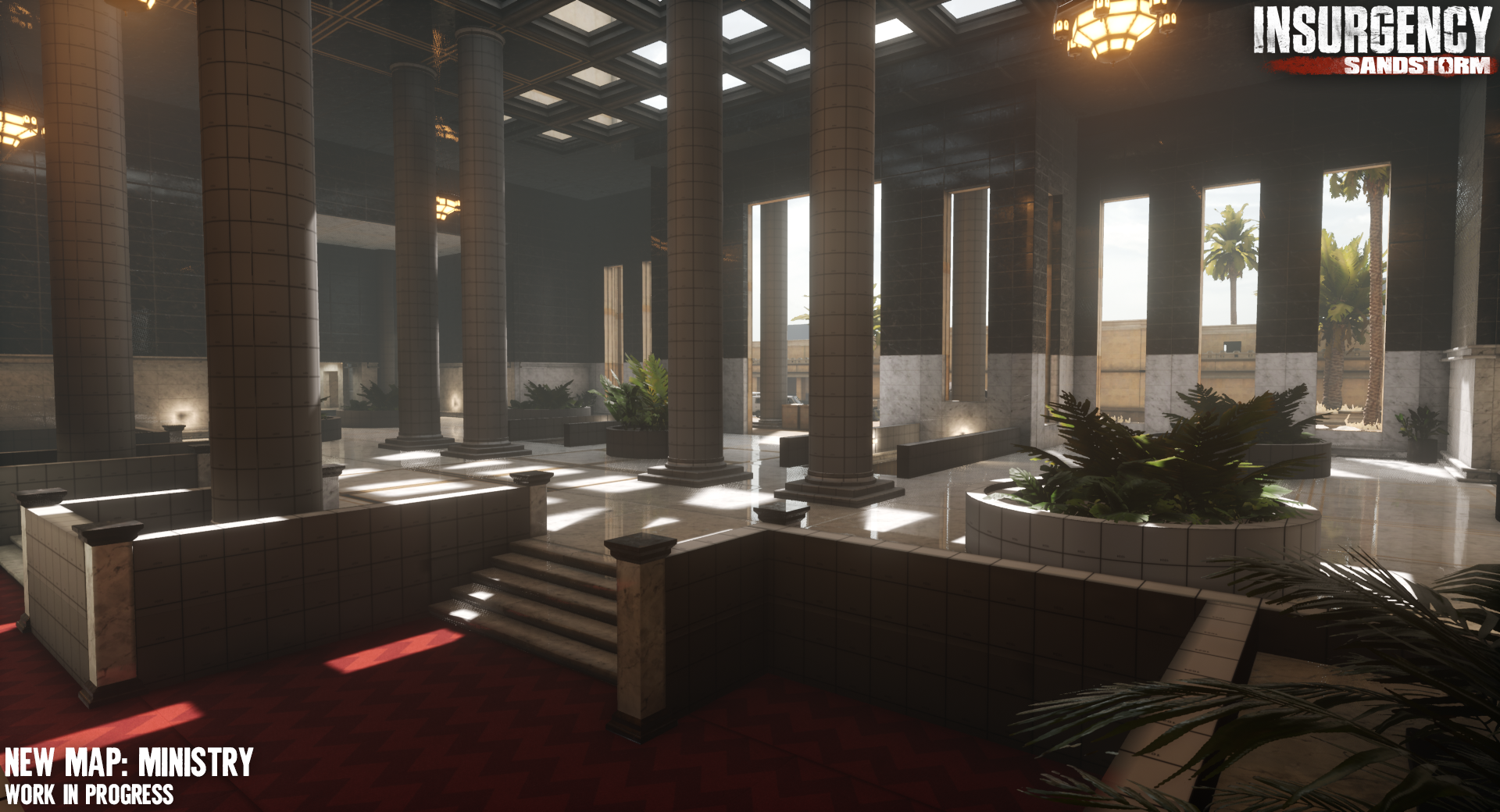 A few weeks ago, we made a blog post previewing some upcoming content and explaining the change in our development philosophy to take a more community driven approach to our post-release content production. Over 9,000 of you took part in our survey, sharing your thoughts on the direction you feel we should take the game. Our team have been analyzing your feedback and would like to thank everyone for taking part in helping shape the future of Sandstorm. Below are some of the results and what players can expect both near and long-term.

We asked you: Where do you think the developers should focus their efforts if you had to choose one?

The results clearly indicated a strong desire for new features and content (44%), followed closely by optimization at (33%). Quality of life improvements (9.5%), gameplay and balance improvements (7%) bug fixing (5%) and graphical polish (1.5%) made up the remaining sum.

Over 75% of you said features, content, and optimization were the number one priority, and that will be our main focus for the coming months. While we do have new content planned, performance optimizations continue to be a top priority for our programming team ahead of our upcoming console launch.

We asked you: Which new content excites you the most?

The results here overwhelmingly suggested that new maps are the community favorite with new maps making up 50% of the vote, followed by night maps at 23%.

We are happy to confirm that the next update (v1.2) will include a new map ‘Outskirts’ which you may have seen us tease on social media under its development name ‘Compound’. We can also share that remakes of Insurgency fan-favorites, Ministry and Sinjar, are in the works. On top of these three maps, we have two additional maps in progress, which we will share more information about in due time. 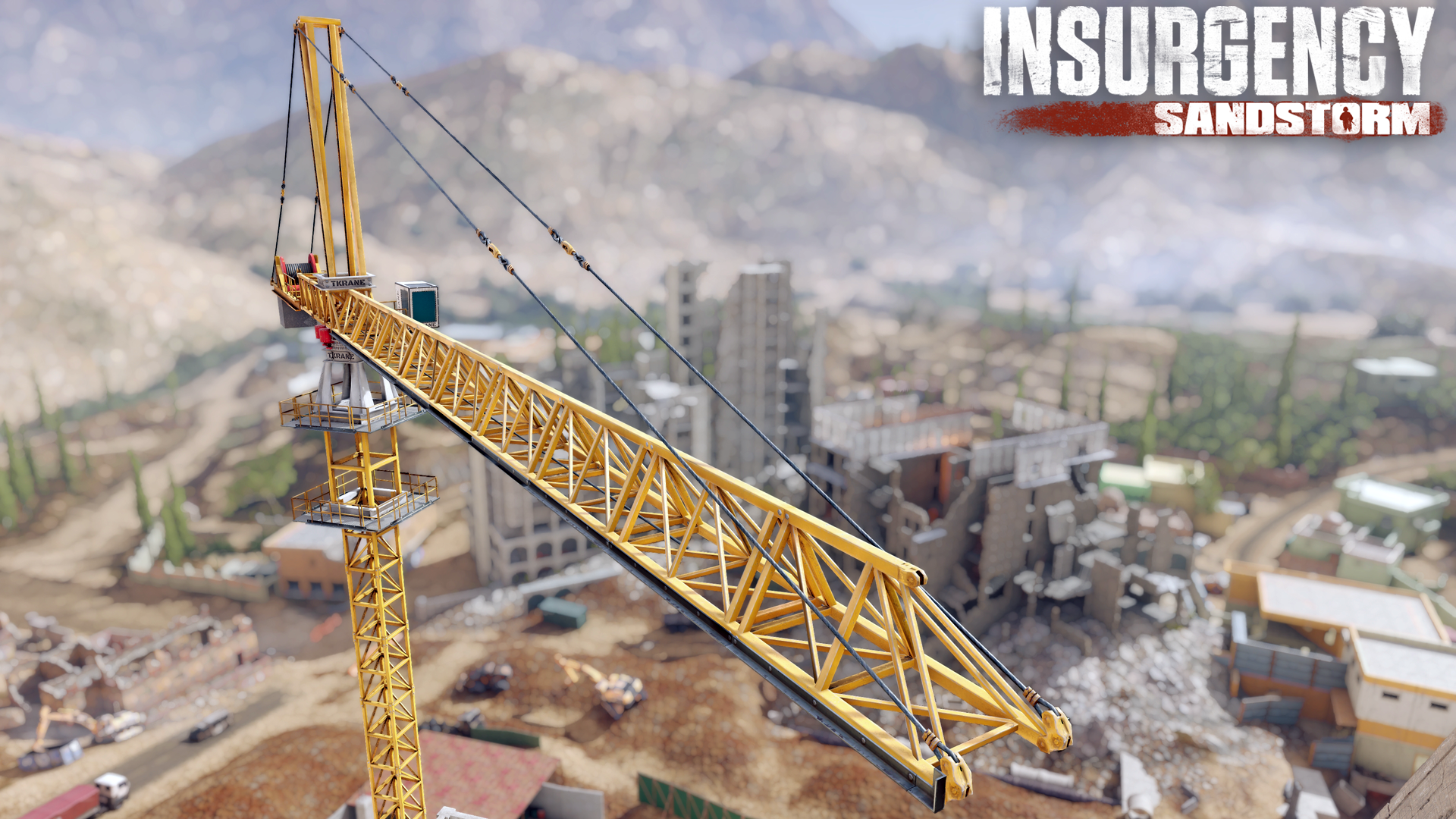 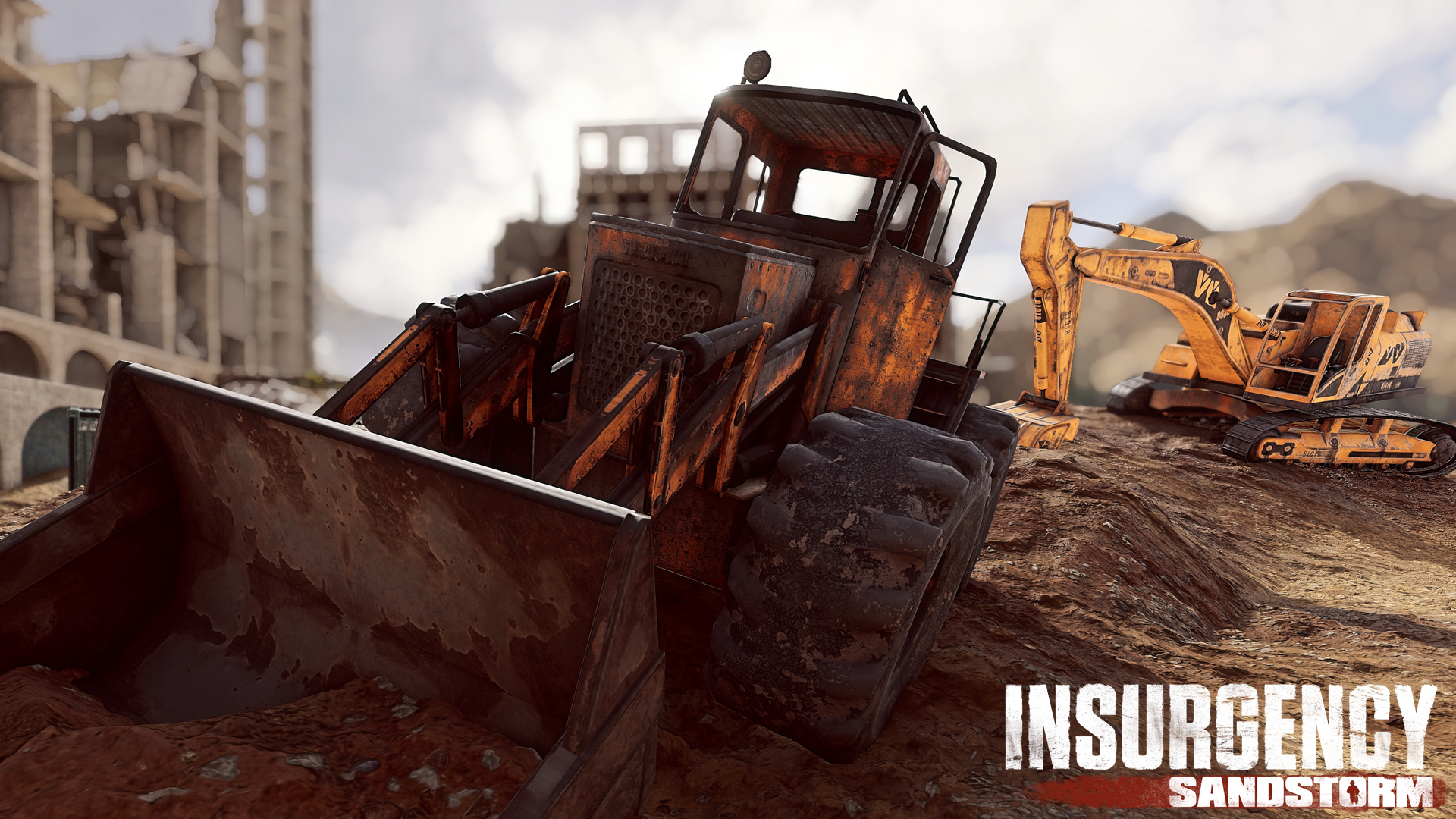 (Preview of our upcoming map Outskirts)

We are aligned with the community’s feelings towards new maps and are excited to expand the game with great new map content and lots of other creative maps when the community gets their hands on the level editor. Sharing progress of new maps even while they’re in a more early development stage will be a more common occurrence going forward, most likely in the form of screenshots or interviews with our level designers. 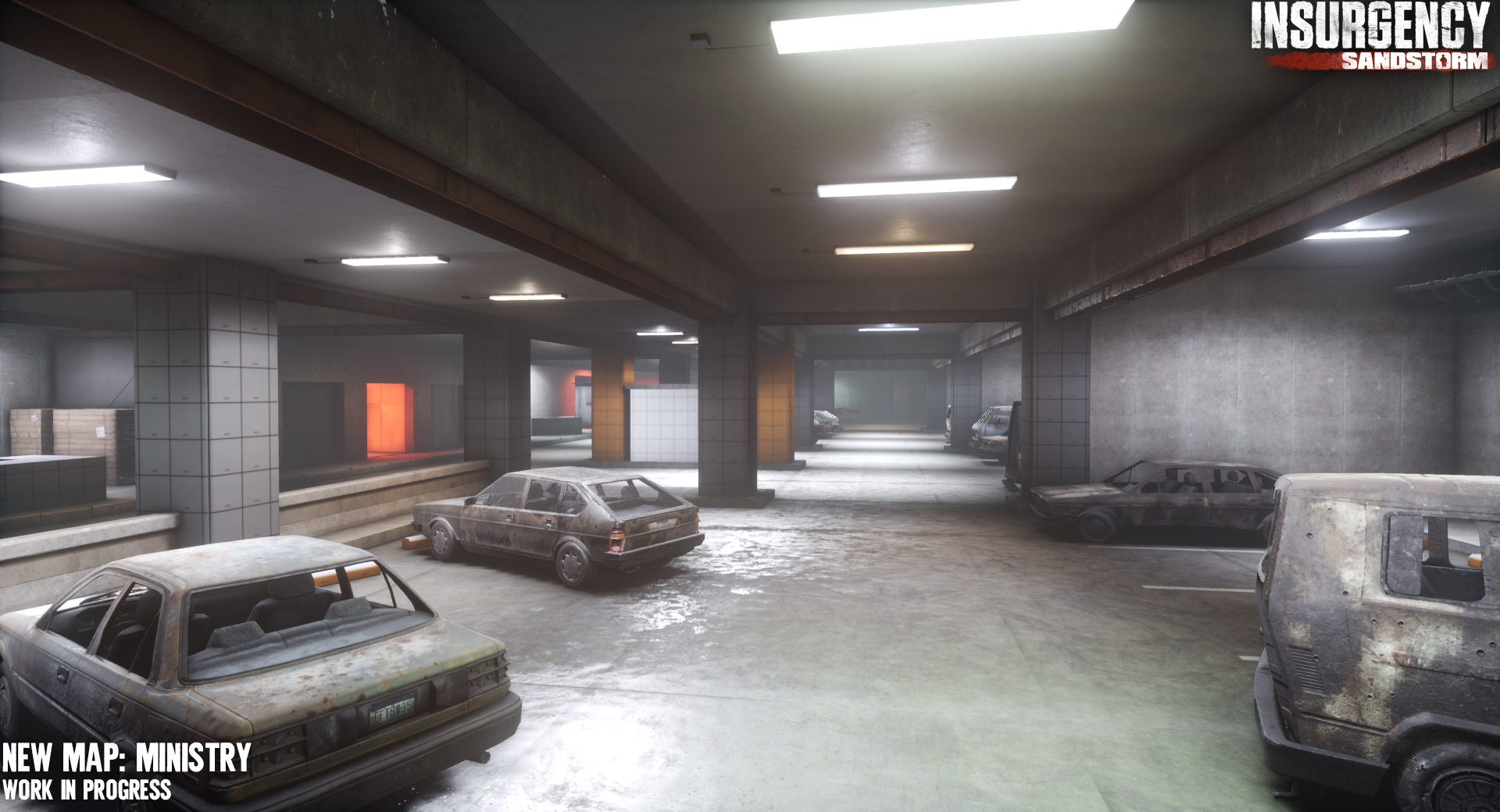 (Work in Progress images of our upcoming Ministry remake)

Later in the year, our team will also be working on night variants of our maps. These will include additional gameplay changes such as night vision goggles, flashlights, AI changes and more.

New weapons was the next highest accounting for around 20% of the vote. As previously announced, the next update will also feature two new anti-materiel sniper rifles for the Marksman class: the M82A1 CQ for Security and the M99 for Insurgents. 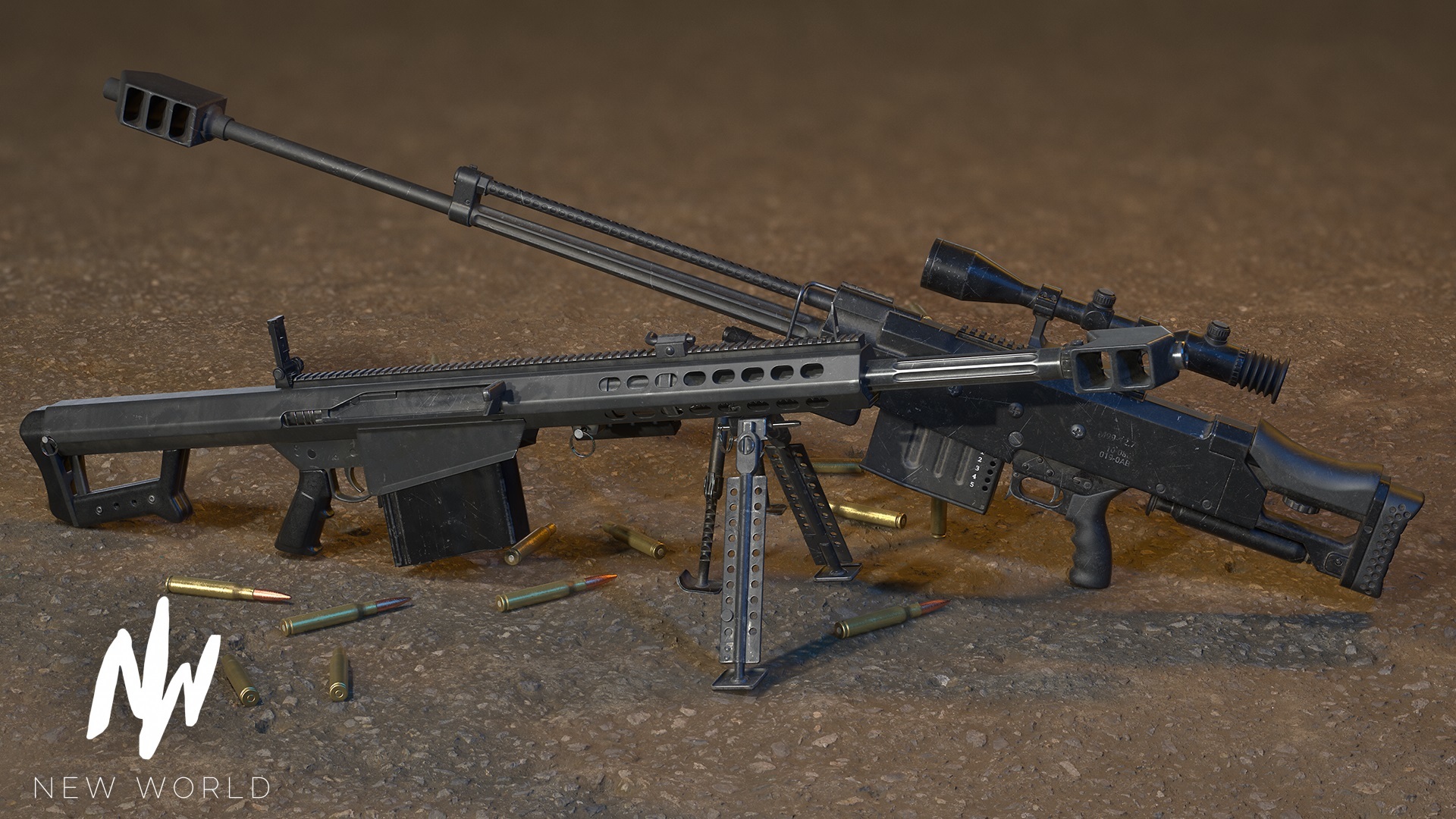 Questions 7 & 8 showed over 60% of respondents requested modern weapons and 65% requested more weapons for the Rifleman, Demolitions, Commander, Observer and Advisor classes. This data indicates a high interest in assault rifle-type weapons, and we can confirm we have a couple in the works.

We asked you: Which new feature excites you the most?

The results here overwhelmingly show a desire for mod support with 42% of the vote. Modding is a major part of New World’s company identity. We always strive to make our games open and accessible to players who wish to modify or create custom experiences; it’s how many of our team got their start in the industry!

We are committed to adding mod support for Insurgency: Sandstorm as part of our post-release plan. The process in Unreal Engine 4 is different than that of the Source Engine, and our team needs to do a bit of ground work first to make it possible. However it is on our roadmap, likely for the second half of this year. Our current plan is to first roll out a beta level editor (as supported by the survey results) then implement a mod-distribution platform, followed by an expansion into other areas of modding, such as custom weapons.

New official game modes were the second most requested feature making up approximately 21% of the vote. We have a new ‘Hardcore Checkpoint’ mode releasing with the next update which appeals to more serious cooperative players, with additional new official game modes to come that will be guided by your feedback. The results from question 10 in the survey indicate that the three most popularly requested official game modes include a tug-of-war style PvP mode based on Frontline from Day of Infamy (23.2%), a single life PvP VIP escort mode based on Ambush from Insurgency (22.7%), and a horde inspired mode with multiple defense points based on Outpost from Insurgency (17%). We can not say at this time which new mode will be next, but we can say that we are committed to these three game modes and will update you over time as they get closer to release.

We asked you: Which map scale and map release frequency would you prefer in the future? (More frequent small scale maps, or less frequent larger scale maps)

The results indicated the community was fairly split, with no clear outcome. Our team will experiment with both current scale and smaller scale more CQB focused maps. From a development standpoint smaller scale maps are likely to have better performance, however larger maps allow for different play styles with increased use of optics and vehicles. We currently have several maps already in production. However, we will be polling the community in the future on additional topics such as map density, thematics, setting and more.

We asked you: Which competitive features excited you the most?

The ability to organize matches without matchmaking (36%) and exclusive cosmetics rewards (30%) were the highest rated features in this category. In the months ahead we hope to implement these new features, improve the general competitive experience based on continued feedback, and also continue supporting as well as offering cash prizes for community events.

We asked you: If there were any maps with particularly bad performance for your PC.

The overwhelming majority of players said “All maps perform fine for me” (68%), which is great to hear. However Refinery saw a much higher percentage of respondents saying it was the least performant (16% compared to 4-7% for other maps in the list). Our ongoing performance improvements should help for all maps and we will be looking to collect more data on memory, CPU and hard drive configurations of players with issues. However, our team will revisit Refinery to see if any specific improvements can be made to that map.

We asked you: If there were any game modes with particularly bad performance for your PC.

The overwhelming majority of players said “All game modes perform well for me” (73%). Push seemed to have a larger percentage of respondents saying it was the least performant (9% compared to 2-5% for other modes), which is likely attributed to the higher player density. Our team will once again be looking to collect data from users who are having performance issues and we encourage players to submit information about their hardware and software set up via the performance discussion and support section of the Steam forums or Focus forums[forums.focus-home.com] by following our performance feedback guidelines.

We asked you: If there were carrier or armor options you would avoid?

The majority of respondents (34%) said they use all armor options, with more than a quarter of players generally avoiding taking no armor at all (28%). 7% of players avoided taking light armor compared to 29% who avoided taking heavy armor.

Based on this feedback we feel armor and ammo carriers are being used as intended in our design philosophy where heavy variants are used less frequently than their lighter counterparts. However, we do acknowledge there may be ways we can greater incentivize the use and utility of heavy armor and carriers provided it is in line with balanced play, and we are open to hearing your feedback. Please bear in mind, heavy armor during early beta and alpha stages of Sandstorm was better at stopping bullets, but this created a meta in the game where everyone would just take heavy armor. This went against our principles of maintaining a low TTK and ensuring Loadout choices promote good diverse gameplay, similar to our philosophy behind not having AP rounds as in the original Insurgency.

While some of the feedback from this survey may take time to implement, our team also has several features that were already under development which players can expect to try out soon. These include; an XP gain system for community servers, server browser improvements, support for offline play, Steam cloud support, new cosmetic categories (hint: we see you, subreddit), Loadout customization in the main menu, character rotation in the Appearance menu, plus numerous bug fixes and optimizations in addition to the map, game mode and weapons mentioned above.

Feedback from our community is crucial for helping shape the long term future and evolution of Insurgency: Sandstorm. Our team is committed to significant post-release support on PC as well as development of the upcoming PS4 and Xbox One versions. We encourage players to make their voices heard by leading constructive discussions online and responding to our follow up surveys. We note the need for improved communication and our team will be endeavoring to increase transparency by sharing more of our development process and upcoming content through a series of regular developer blogs, starting with a closer look at Compound.

9000 filled the survey out of over 500000 copies sold so 1.8% replied to the survey and they are gonna make changes based on that small amount of answers.

I don't know what path this game is taking but i guess i should prepare for the worst.

facknrite said:
We have a new ‘Hardcore Checkpoint’ mode releasing with the next update which appeals to more serious cooperative players
Click to expand...

At least that's good for us right

Kind of, did you read how that Hardcore mode will work? If you died you will respawn just with a basic mosin-nagant without scope, no nades, no gear, no nothing.

Woohoo!! New maps works for me! Hopefully some bot fixes and map optimizations blended in there. All in all they need to optimize their code integration for UE4. Looking forward to seeing you on new battlefields.